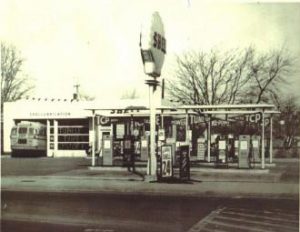 Duricek Automotive & Marine was founded in 1952 by our grandfather, Charles J. Duricek, as Duricek Shell Service. As a franchise, Grandpa sold gasoline and repaired vehicles himself. With the help of our grandmother Mary, he ran the business for nearly 30 years. In 1982, their sons Chuck and Mike officially took ownership of what was now a SOHIO Service Station. In 1993, Dad and Uncle Mike decided that they weren’t interested in selling gas anymore and terminated their business relationship with BP. This marked the first time that the shop was not a franchise, and they had complete freedom to build their brand. They renamed the business Duricek Automotive & Marine, and built a thriving enterprise founded on honesty and loyalty until Dad passed away unexpectedly in 2013. Shortly after, Uncle Mike decided that it was time for him to retire and hand the reins over to the next generation.

We grew up around the shop, and Dad allowed us to work once we turned 14. We would clean floors, take out trash, and run whatever small errands we could convince him we’d be responsible enough to handle. Nick has worked here since that time and is now ASE certified in numerous areas. You’ll see him running the automotive repair bays and mentoring the next generation of technicians. Nate worked elsewhere after college but came back to ‘the shop’ in 2012. He’s the one repairing watercraft and handling business operations. We both work tirelessly to change the public perception of the auto repair industry and build life-long relationships with customers built on honesty, integrity, and mutual respect.

2017 marked the 65th year in business for Duricek Automotive & Marine. While we are only four years into our adventure of running the family business, we are excited by what the shop currently is, excited for what the future holds, and committed to carrying on the legacy of our father, uncle, and grandparents.